An Angus Reid Institute poll from January 23, 2018 found that half of Canadians (51%) have no last Will and testament in place. This means that for half of Canadians, their estate will be administered according to the provincial laws of intestacy. Additionally, of those people with Wills, only one-third (35%) have one that is up to date. This lack of care and attention to their Wills may lead to estate litigation or an estate distribution that is not in keeping with their current wishes.

So why haven’t Canadians written a Will? The 2018 Angus Reid Poll asked that question and here are the top reasons:

Let’s explore the reasons and possible underlying biases for why almost two-thirds of Canadians do not have an up to date Will.

1. Too young to worry about it.

This reason assumes that only old people die. We know that is not true since young people die as well, albeit not at the same level as an older population. So, is the real underlying reason that they simply do not want to think about death?

2. Don’t have enough assets to make a Will worthwhile.

What is the real underlying reason for not having the Will done?

While the amount of assets is one consideration, the person may also have dependents which means if she/he dies without a Will the heirs will spend time and money going to court to be able to administer the estate. As well, the delays and additional costs paid to settle the estate will result in even fewer assets to be distributed amongst the heirs.

Remember that Wills are prepared and intended for use in the future, hopefully many years from now. A current modest net worth does not mean that a person can’t have a larger net worth in the future. As an example, let’s consider the impact of the increase in the house prices during the past two years. From a February press release from the Canadian Real Estate Association, the actual (not seasonally adjusted) national average home price was $748,450 in January 2022, up 21% from the same month last year. If Greater Vancouver and the GTA markets are excluded from the calculation in January 2022, then the national average price drops by almost $160,000 from the national average price. This means that someone whose only asset is their house may have an estate worth from between $500,000 to over almost $750,000. This is no longer a small estate.

3. It’s too expensive to get a Will written.

While it does cost money to get a Will written, is that really the reason? Could the answer be that the person sees no value in having a Will prepared – it’s just too remote from their reality to understand the value of it. Complementing this reason may also be the fear of facing one’s mortality.

Let’s address the stated reason of being too expensive. The cost of having a will and powers of attorney prepared by a lawyer can range from several hundred dollars to several thousand dollars based upon the complexity of the situation. Lawyers may charge on an hourly basis or on a flat fee basis.

4. Don’t want to think about dying.

I am surprised that only 8% chose this response as I thought it would be much higher. I have had clients say that they would rather have a root canal than meet with me to talk about estate planning! Tied to this belief is another one that if I get my will done, it will cause my death. While I do not have statistics, I don’t believe there is a correlation between the two, except when a person is terminally ill and gets their Will prepared or updated.

5. It’s too time consuming to get a Will written.

While it can take time to get a Will prepared, in my experience delays were caused because of unresolved conflicts or postponed decisions. The unresolved conflicts could include differences of opinion between a couple as to how their children should be treated under the Will (i.e., can we trust our child with the inheritance as an outright gift or should the funds be held in trust?). For single people, they may have a difficult time identifying their beneficiaries and dealing with the expectations of family members who have a sense of entitlement to the person’s estate.

In summary, Canadians who do not have up to date Wills seem to have a lot of excuses for not addressing the need to prepare a Will which is a fundamental component of their financial and estate plan.  Curiously, the survey did not probe further to attempt to identify the underlying beliefs or fears that belie the above reasons.

Let’s consider estate planning as not just “The Will”. Instead let’s look at it as an interconnected set of legal documents and strategies, human relationships, contracts, and economic considerations, which can be impacted by internal and external factors and influences.

In keeping with this broader perspective, here are some other questions to ponder:

In the next segment, I will continue this topic with some more ideas on how to look at estate planning through a different lens and provide more details on the potential consequences of not having an up to date Will or powers of attorney for property or personal care.

In the meantime, feel free to contact your Manulife Private Wealth representative should you be interested in further discussing your personal situation with me. 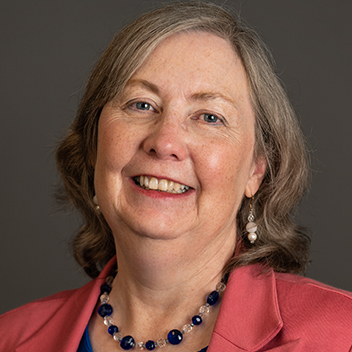